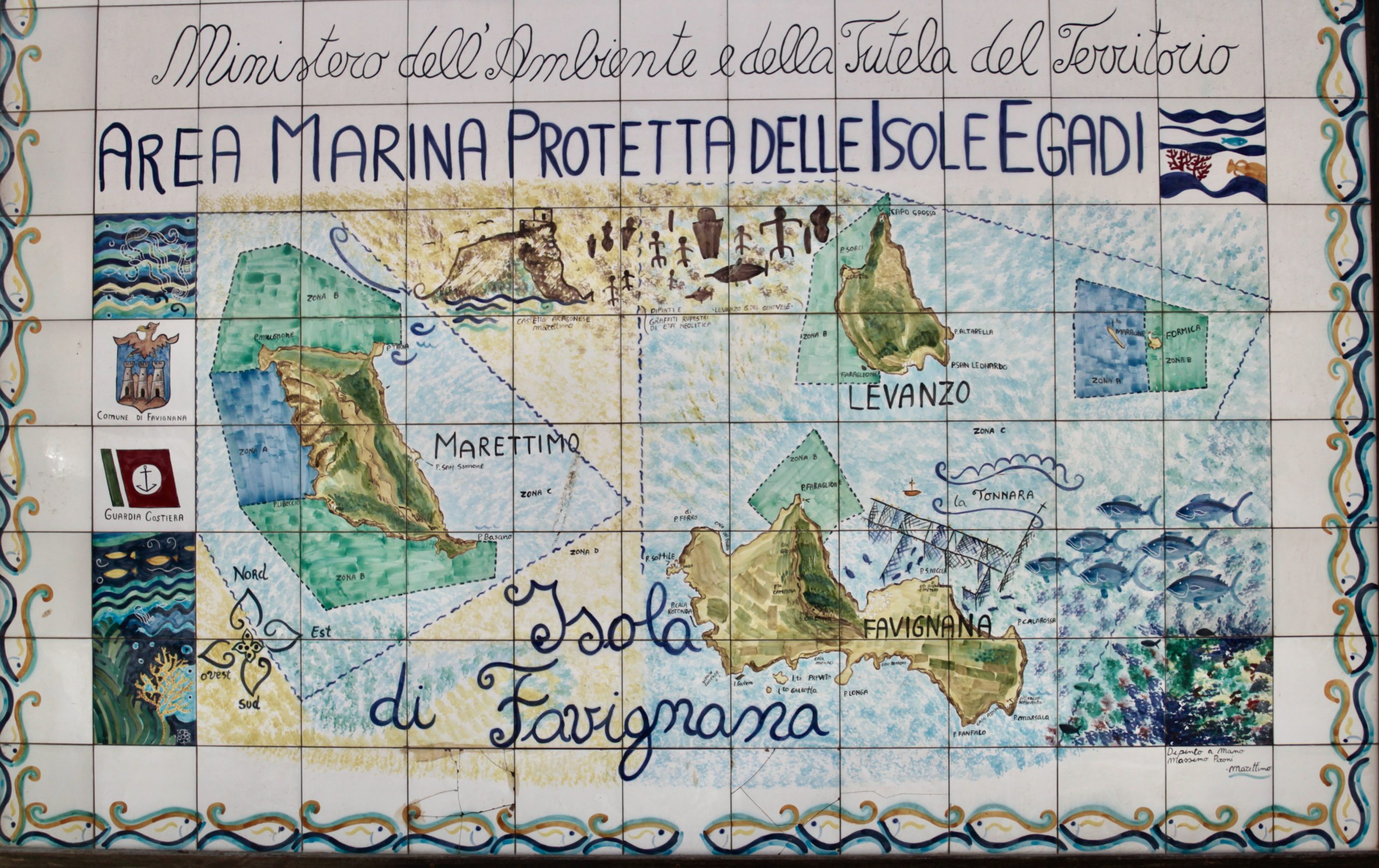 I conducted desk-based research on the Egadi Archipelago, looking at their history, state of ecosystems, on-going projects related to the use of natural resources, existence of community-based organizations and non-governmental organizations active in the area, activities and rules of the Marine Protected Area. I then proceeded with fieldwork research (see below).

The research aims at responding to the question: is current legal protection adequate to prevent local communities in Europe from abandoning their environmentally sustainable practices? Peasant farmers, small landholders, fisher-folk, herders, and worshippers of sacred natural sites often contribute to environmental protection through sustainable practices that advance several Sustainable Development Goals at once. However, they often suffer from eviction from their traditional lands, the enclosure of sacred natural sites, the imposition of strict rules on traditional seeds exchanges, and pressures arising from large-scale natural resource development or from environmental protection schemes. The research grounds on a theoretical and legal framework – labelled Rights for Ecosystems Services (RES) – aimed at guiding legal and policy developments towards reducing the risk of local communities abandoning their sustainable governance institutions and practices due to the lack of effective protection. The research focuses on local communities in Europe and investigates on the intersection between international, EU and national law.

In order to be as comprehensive as possible, the research methods combine analytical legal theory, critical legal theory, international, EU and national law analysis and conservation science together with empirical research undertaken in the Egadi islands, in Sicily. Fieldwork was conducted to provide an empirically grounded, context-specific testing of the proposed RES framework.

The first part of the case study research was desk-based and aimed at looking at the Egadi islands history, state of ecosystems, on-going projects related to the use of natural resources, existence of community-based organizations and non-governmental organizations active in the area, activities and rules of the Marine Protected Area. Research was also conducted on the state of national and international law and policy development on Bluefin tuna and marine protected areas. Special attention was given to the history of tuna fishing in the Egadi as it used to be one of the main traditional activities of the islands.

The COVID-19 outbreak halted the preparation of the fieldwork, which was meant to start in April 2020. Research was suspended until notice of the Strathclyde Ethics Committee, which, up until the 29th of July 2020, had advised to put on hold all fieldwork activities requiring face to face meetings. Once the application for ethics approval could be submitted again (august 2020) the necessary forms and materials were prepared. Ethical approval was obtained after a few months of work, in February 2021.

Interviews and consultation were however started online and on the phone as covid-19 restrictions were at the highest level of protection in Sicily at that time. In mid-May 2021 most restrictions were lifted, and fieldwork started to be planned. It was started at the end of June. It was halted in August because the touristic season on the islands made meetings with their inhabitants very difficult (most of them were extremely busy), and it will be started again in October.

The original fieldwork methodology consisted in three types of interactions with stakeholders: participant observation (observation of practices related to the conservation of the local environment); semi-structured interviews with community members; focus groups (with approximately 10 people and distinguished on the grounds of gender, age, and occupancy). However, to ensure the safety of participants and of the researcher, and to respect national and regional rules on social distance, the methodology was modified so to reduce interactions between multiple people. Only non-structured interviews were conducted on a one-to-one basis with key informants that had roles particularly relevant for the research topic. This decision was guided by the initial risk assessment that was prepared in the research application. While a global pandemic could not be foreseen (September 2018), the risks concerning community engagement were planned to be addressed as follows: “more attention will be paid to key informants (priests, leaders, etc) and interviews will be collected with other key informants (less time consuming) in nearby communities”. This method proved to be effective and fitting with the current legal and social rules, as most interviewees showed to be really at ease to talk in an open space (such as at the harbor, in an outdoor café, or a very vast room of an old building).

Interviews were conducted with a very light scheme that was mostly useful for the researcher not to forget any theme of discussion. The latter varied a lot depending on the person interviewed, its role on the island and in the mattanza. Interviews were hence tailored on each respondent and required a great amount of preparation to know as much as possible on that person and on the issues that would most likely come up during the conversation. This format was chosen in order not to bias interviews with too patterns and to allow interviewees to raise issues and discuss topics the researcher did not know about. The interaction was based on the shared but inexplicit understanding according to which the interviewee was the expert and the researcher an informed and interested listener who was “there to learn”. This approach come out to be fruitful as many respondents felt flattered by the interest of the researcher and placed themselves in a “lecturing” mode that proved to lead to the sharing of a lot of information, well beyond what the researcher was aware of (and hence able to enquire about). 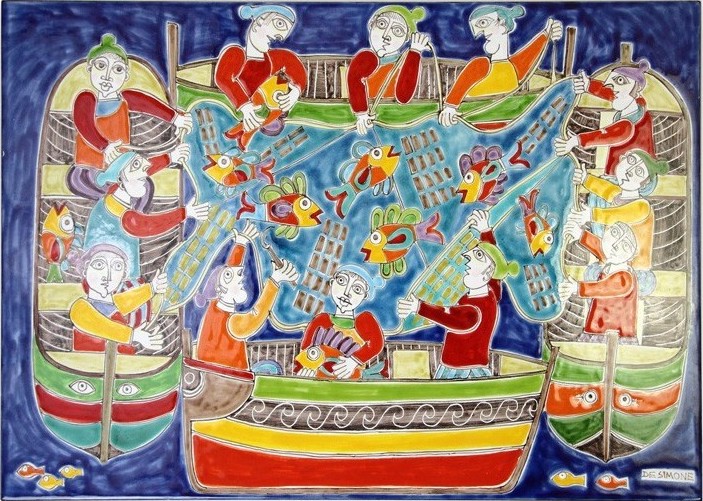 In Favignana, the Egadi Marine Protected Area (EMPA) was used as office base and as reference point for basic information. The Strathclyde Centre for Environmental Law and Governance signed a memorandum of agreement with the MPA to formalize the support received, and to lay the foundations for potential future collaborations. Although a lot of support and help was received from them, it was considered necessary to hire a field guide to avoid local interactions to be biased towards such a prominent institution in the area, with such a clear and well-known set of goals and so close (at least formally) to the local municipality. The field guide was chosen thanks to the contacts previously taken with a marine ecology professor form the Università degli Studi di Palermo that has extensively worked on the Egadi marine ecosystem. The field guide is a local man, born and resident in Favignana, with a degree in ecology.

The methodology followed to identify key stakeholders to be interviewed was based on the field guide extensive knowledge of the islands, their inhabitants, and their potential reactions. He indicated a few people to start the conversation with. He did not directly introduce the researcher to them to avoid raising expectations (they might have felt they had to “prepare” for the interview) and to save the image of the researcher as a totally external actor, not linked to the local Marine Protect Area (he sometimes works for). He indicated who it would have been interesting to talk to and sent the researcher to the right place at the right time (such as for example at a certain harbor early in the morning). This technique proved to be appropriate, as the people he identified were keen to talk, even without previous introductions. The fieldguide then tailored the researcher to ask for further contacts directly to the people that were interviewed: i.e. “you can ask this one to put you in contact with this other one, etc”. The same process was also followed with suggestions given by different members of the MPA.

A few other interviewees were the result of lack.

So far 14 people were interviewed. Special attention was given to the ration women/men when choosing participants. However, most actors involved in production and fishing activities are men. Hence, attention was given in consulting women to explore their points of view, however the final gender ratio was not even.

Special attention was be given to the ration women/men when choosing participants. However, most actors involved in production and fishing activities are men. Hence, attention will be given in consulting women to explore their points of view, however it is possible that the ratio will not be even.

Responses will be analyzed through qualitative analysis, with no employment of statistical methods. Considering that the data collected will be quite heterogeneous because of the different background, knowledge, involvement, and interests of the interviewees, the methodology will be focused on the importance of finding the best approach to interpret the data to understand their meaning and draw legitimate conclusions, while grasping their essence and protecting the integrity of each story (see De Carterlé et al 2012). Methodology is based on the idea according to which there is no pre-defined one-fits-all method to properly analyze qualitative data of unstructured interviews. In order to reduce the risk of losing important un-expected themes because of a-priori closure, the data will be read and re-read (as a whole) with the precise aim of extracting other themes (if any). In order of reducing the risk of oversimplification and of losing out the diversity of each participant, each interview will be analyzed as a self-standing story, trying to capture its specific uniqueness and the richness of the participant experience, feelings, tone, and expectations. Commonalities and conflicts between data of similar interviewees (fishermen, entrepreneurs, etc.) will be sought to draw a full picture of the connecting wires and conflicting stances of the interviewees. 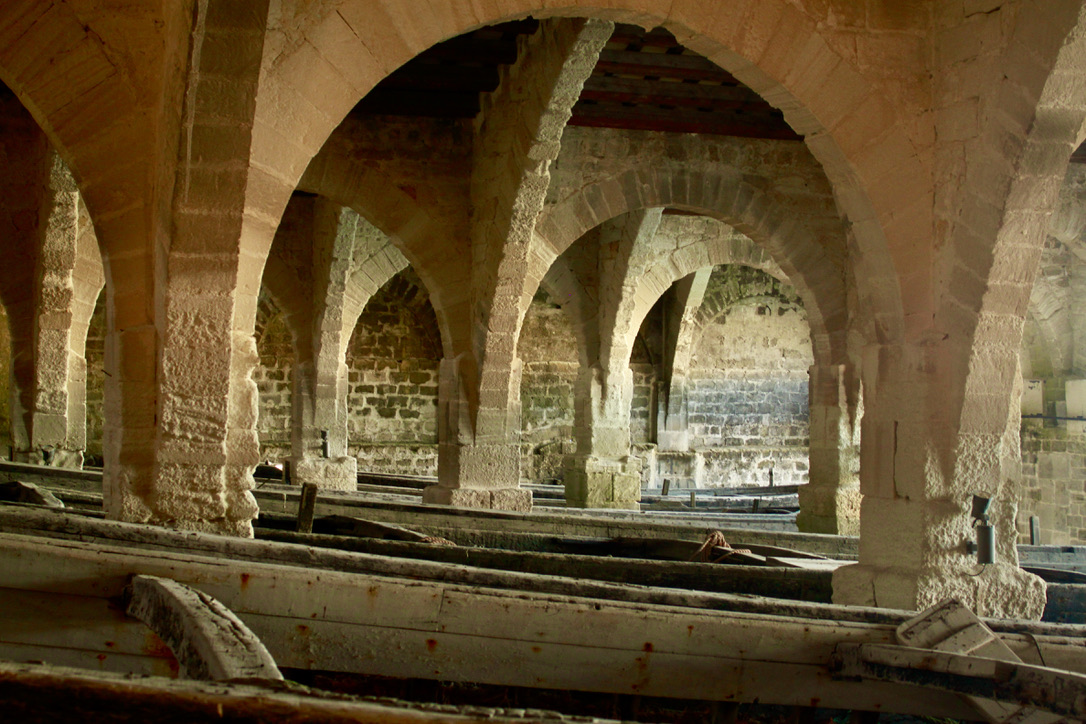 Voies of the giant bluefin tuna fishermen of Favignana, Egadi Islands, recorded by Theresa Maggio in 1993 and 1994.

Some of these scenes are described in her book, Mattanza; Love and Death in the Sea of Sicily (Perseus, 2000). 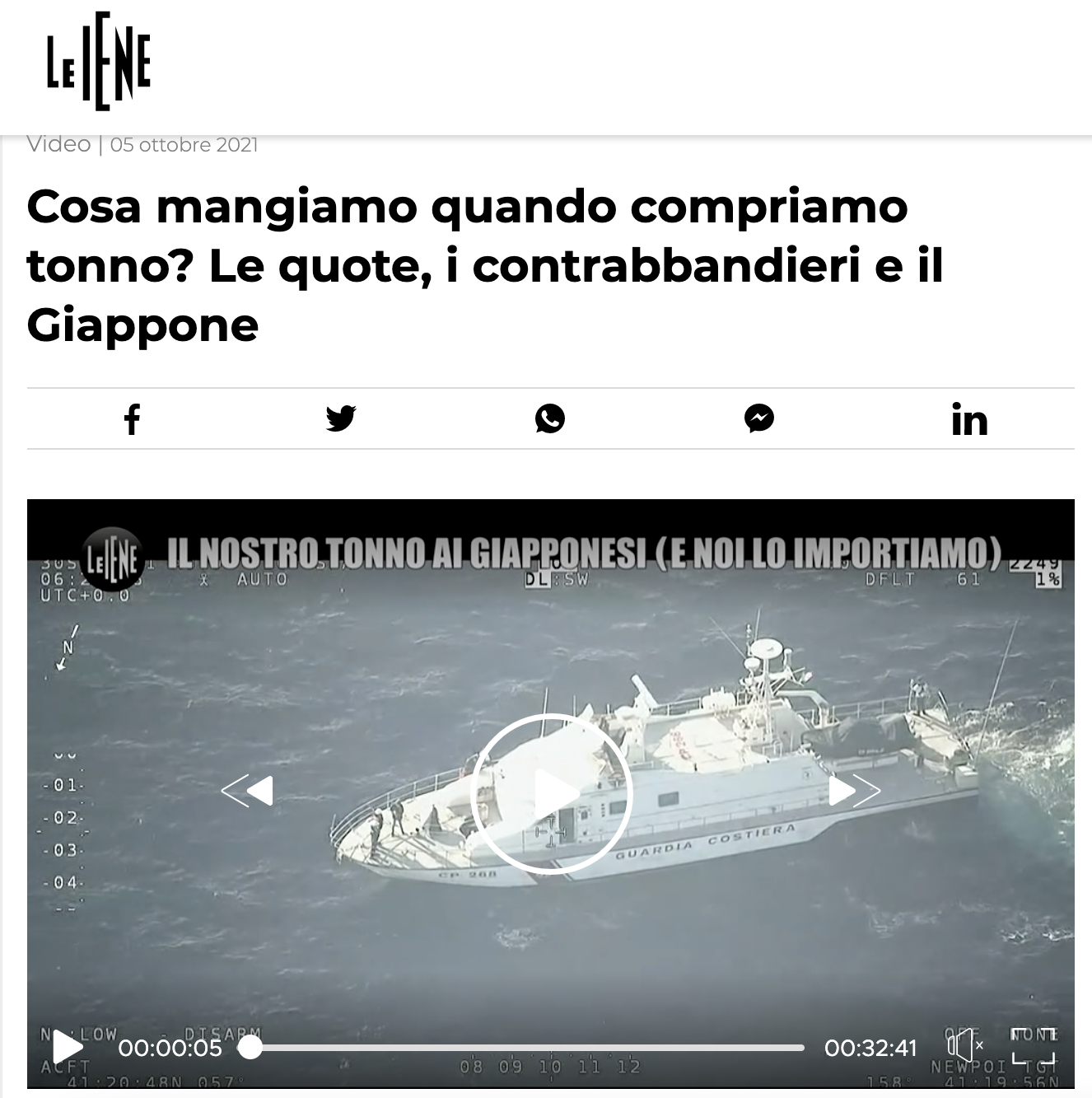 Books on the Tonnara di Favignana 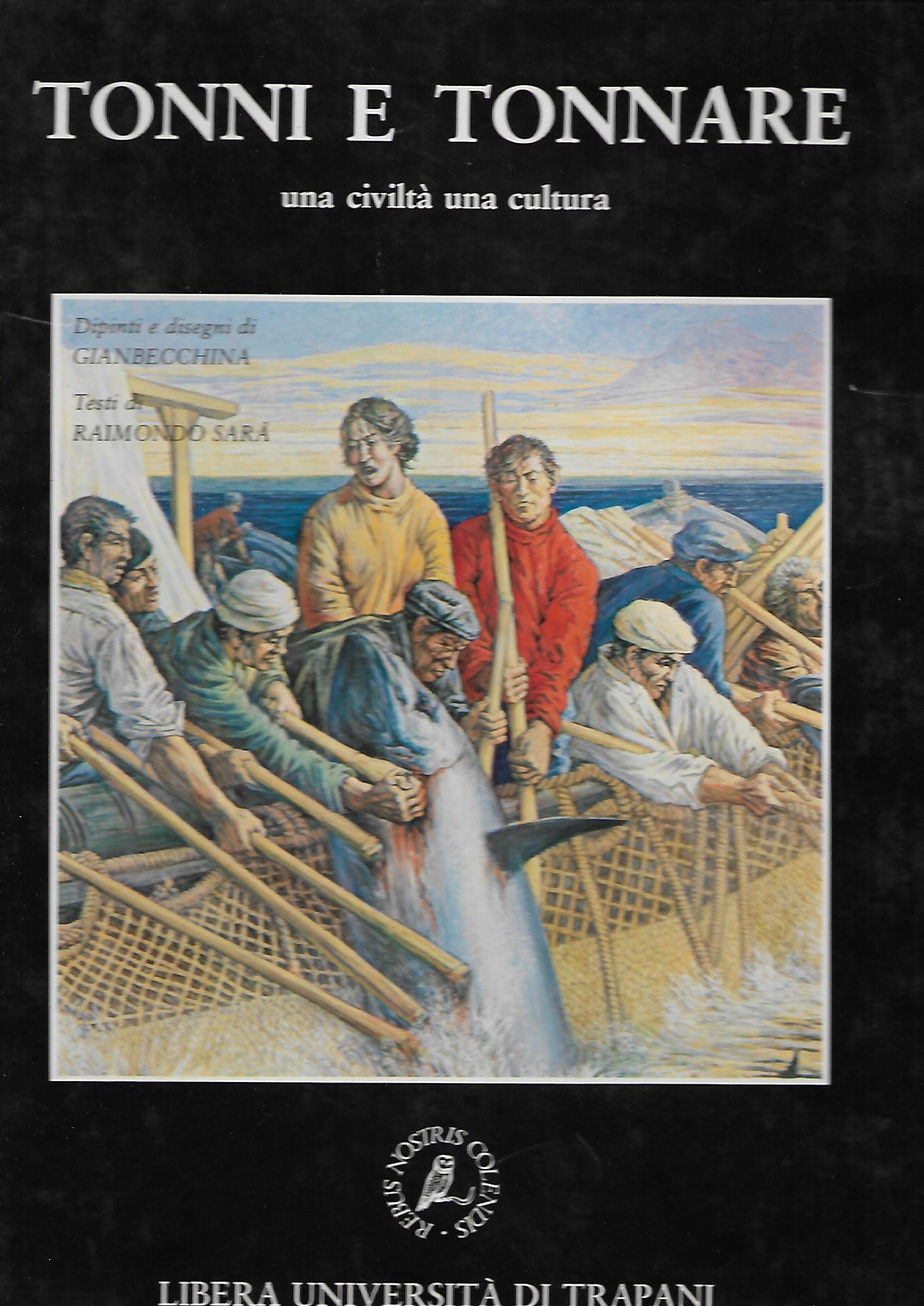 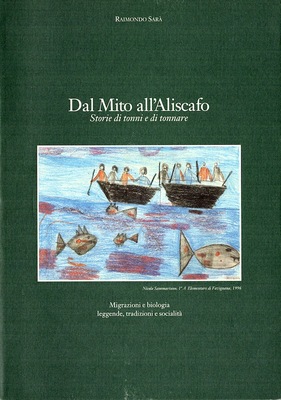 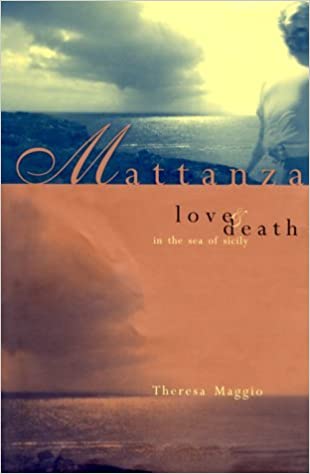 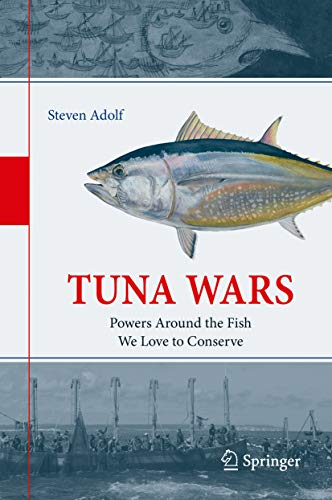 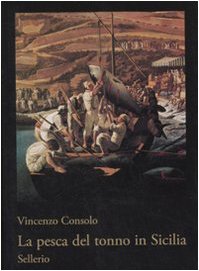 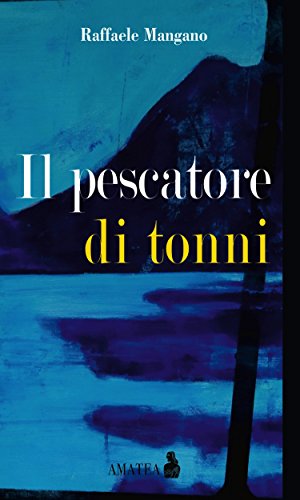 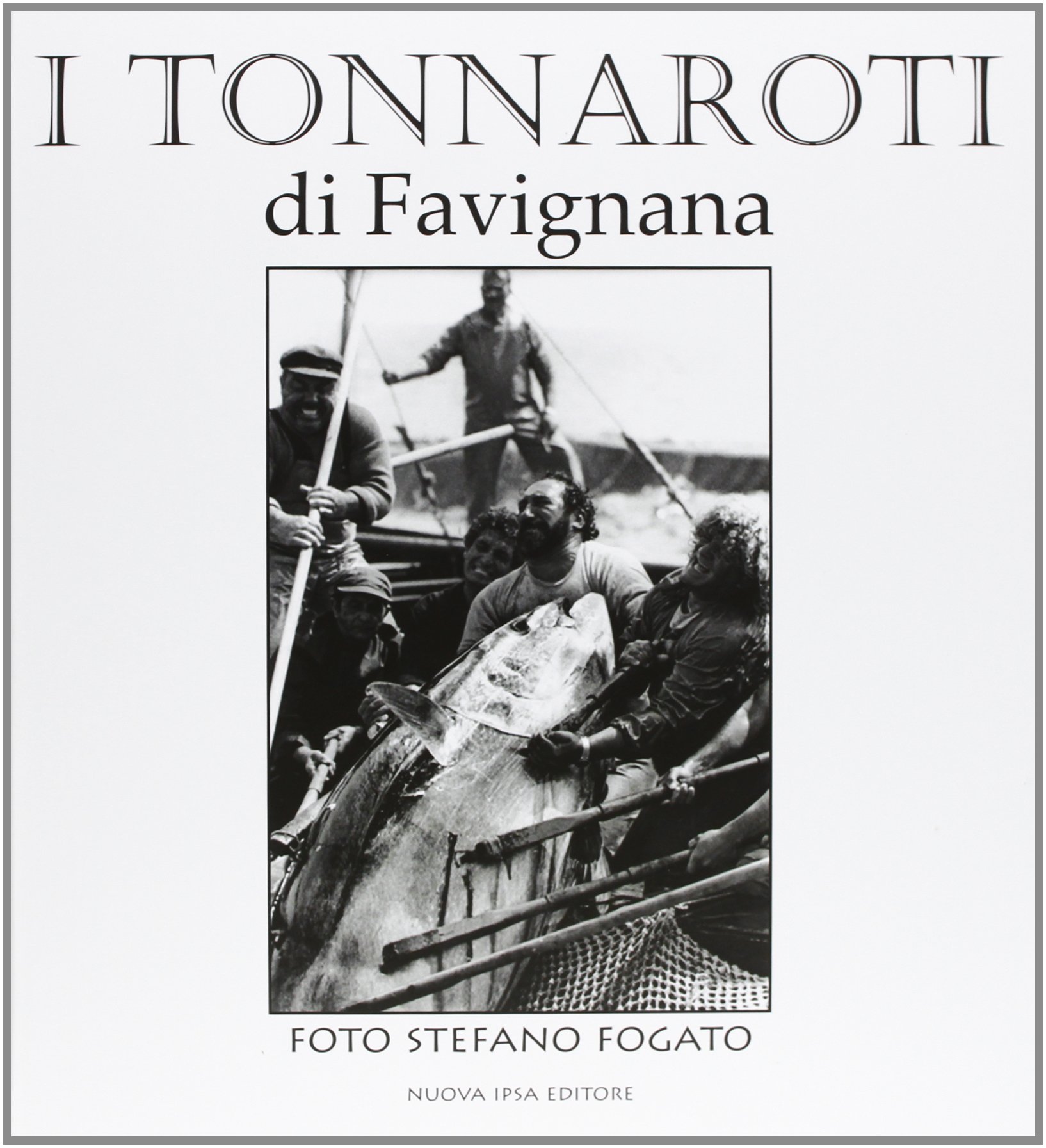 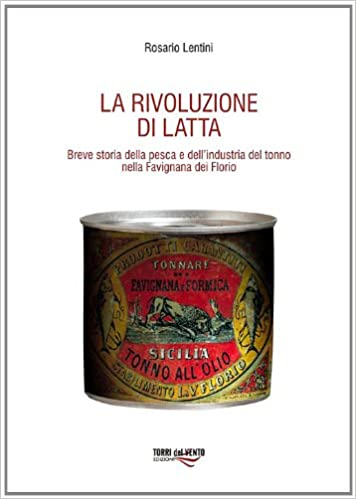 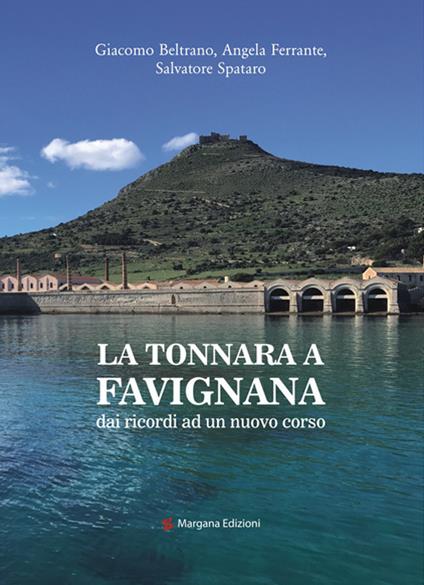 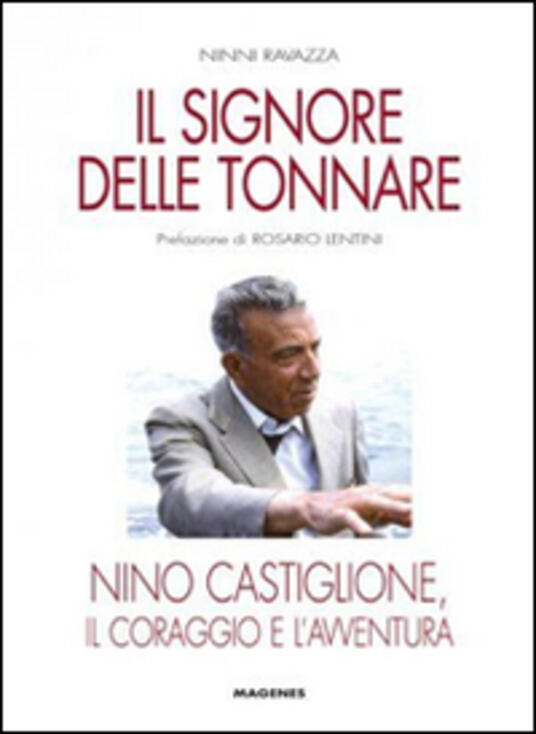 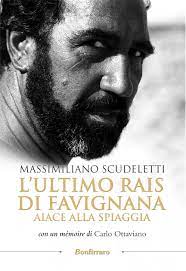 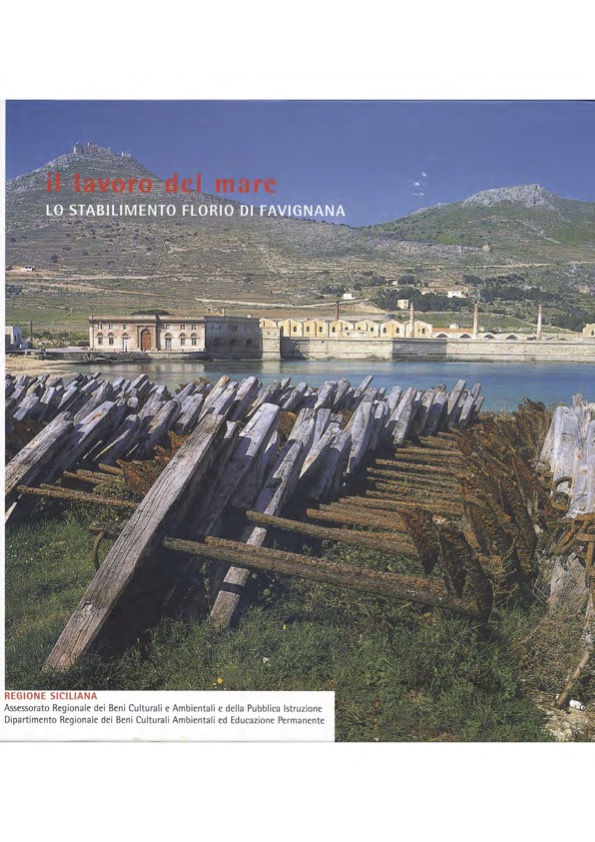 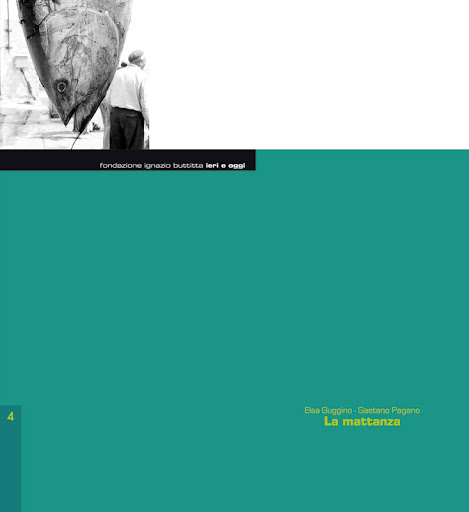